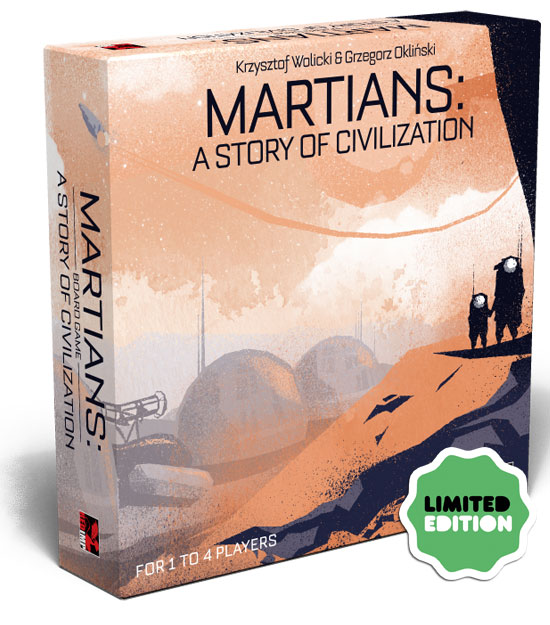 The product will be sent after June 25th, 2017. It is being completed.

The first expedition to Mars ended with a heroic fight by the astronauts for survival and initiated the first mission aimed at colonizing the planet, which was financed by four corporations. Now in Martians: A Story of Civilization the human colony on Mars, managed by leaders of the corporations, has to explore the planet in search of necessary resources, build new constructions, and develop technologies adjusted to planetary conditions. Such effort is necessary not only to survive, but also to create better living standards for future generations raised by colonists.